Initially I didn’t get this game because I wasn’t too familiar with the cast, the art wasn’t too appealing to me and I thought I could live without experiencing that love Marie Antoinette could possibly have but BOY WAS I WRONG.

You play as Liese who is Marie Antoinette’s maid/servant and under VARIOUS reasons (main one being Marie Antoinette gets a huge fever the day of her meeting with Louis XVI)  you end up taking an elixir that can transform you into a spitting image of Marie Antoinette herself so you can impersonate and take care of some of her duties for her! Because of this, Liese is swept away into a life of luxury and royalty, struggling to maintain her ruse of a pampered princess. Eventually Marie Antoinette does get better so what will happen to Liese now that the real Marie Antoinette is back?

Like I said, at first I wasn’t interested in the plot at all based on the summary but it worked out a lot better than I thought! There’s a lot of attention and detail about historical events/people so that really piqued my interests during my play. I love it when historically focused games actually pay attention to historical events and details. Of course being a fictional game, some events were thrown out the window but the one’s they did keep really worked. They did a really interesting take with the elixir that can transform one’s appearance but not their personality so we got to see a lot different sides of characters.  The game felt pretty long to me as common route was quite a few chapters long…. 5 chapters of common route and 5 chapters of character route (If you’ve played Ken ga Kimi I think it’s kind of like that). Definitely a game you can’t zoom through. Though it may seem long most of the scenes are pretty important and help build the world so it’s not like it’s padding for content or anything, just a lot of historical and political plot related things. There’s probably only one route that doesn’t really follow the whole historical time line as closely as others but I’ll let you find out who that is.

I loved all the characters! It was interesting to see their take on them since they were real people. I honestly went into this game without much interest in any of them but I ended up loving them all in one way or another. Their interactions with Liese were adorable and left me wanting more  The voice actors did a good job on them too! Louis’ cold tone in the beginning really softens as he becomes interested in Liese and in the time skip to 4 years later everyone more or else gets a little change in their voices which was nice to hear. Because the game is pretty aligned with history it had me screaming for the characters because how will we find happiness if you’re going to get executed wwwwww. Luckily everyone got the happiness they deserved

Liese herself was a really good heroine, her personality and the actions she took made sense and were aligned with her morals so I liked that. She also didn’t make any major decisions that had me screaming BUT WHY…… but sometimes the options were just???? so no choice but to make a rash decision. A good balance of supporting the guys but also doing what she wanted/believed was right/best.

To be honest the art did not sell the game to me at all, pretty sure this went under my radar because of that. There were also some CG and sprite inconsistencies that I can’t post here because it would be huge spoilers for [REDACTED]. However, the backgrounds and details were really nicely done and the art style eventually grew on me. I guess people’s biggest gripes were definitely the sprites but the CGs look fine to me so I got over it quick. While it’s not the most amazing thing, it’s wel done and matches the whole theme of the game. Heck, I said the art isn’t my style but I’m still buying the artbook because I NEED TO SEE THOSE ROUGH DRAFTS or I just want to see the characters again because I’m not ready to let go.

The music was probably one of the biggest highlights of the game, it matches the theme and time period well and helped bring out the mood for many scenes. The soundtrack is only available with the Limited Edition version of the game so luckily I was able to grab that. You can listen to a sample of some of my favourite tracks here ✿. I think it might as well be my favourite soundtrack from any game I’ve played. Bach’s Air D dur will now never fail to make me cry.

Oh gosh the system was so foreign to me at first because the placement and shortcut buttons were so different from what I’m used to in other Otomate games. The flow chart was kind of helpful to see where I was going but I couldn’t exactly jump anywhere I needed to go from it. The neat thing about Verite is that it allows for a lot of customization from the text boxes to dressing up Liese when she’s acting as Marie Antoinette- pretty fitting for a time period of aesthetics. The minigame system is pretty cute to if you like playing dress up, but depending on who you do or don’t talk to can change the plot during this mode. It was a fun mini game but as I was trying to go for Platinum it got pretty redundant. The game also has a few glitches so you have to patch the game first but I still ended up missing a few things (like in Lafayette route) and started panicking like is this another glitch or me lol. DID I MENTION YOU COULD ALSO SKIP SCENES IN THIS GAME which is another great option since the common route is so long.

Even through the route changes, the plot more or less connected everything together, all the events made sense and the character’s actions don’t drastically change/become inconsistent between each route  Some people might think this game is a lot of copy-pasta since the “same” thing happens over and over again but I think the game pulled it off well. I mean, there’s a time line to follow and in each characters route you follow their perspective and it really changes how you view the ending. Basically while events may be similar, because the characters are so fleshed out and have their own history and concerns the game plays out in such a way that every route has something new and refreshing to offer.

I definitely enjoyed this game so much, I regret not picking it up earlier but I’m glad I was able to grab the LE at 55% off on Amazon. This is definitely an underrated game I feel like it went past everyone’s radar both JP and Western fandom wise (heck that’s why it was so cheap on Amazon). This game made me tear up so many times, that’s what you get for combining tragic events and love divided by social standings. I’d definitely replay parts of this game, the story was so captivating and the characters were really interesting. It was also fun seeing events happen that I learned in history class way back when like “OH HEY I KNEW THAT!!”

Recommended for people who:

You can buy the game here: ✧ ✿

Read my reactions of the game here: #michiplaysverite 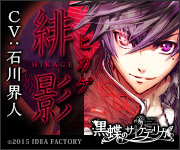 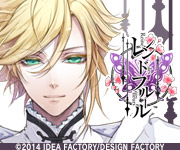 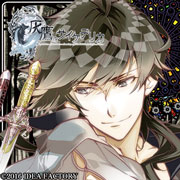 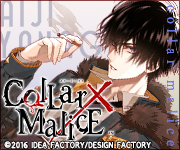